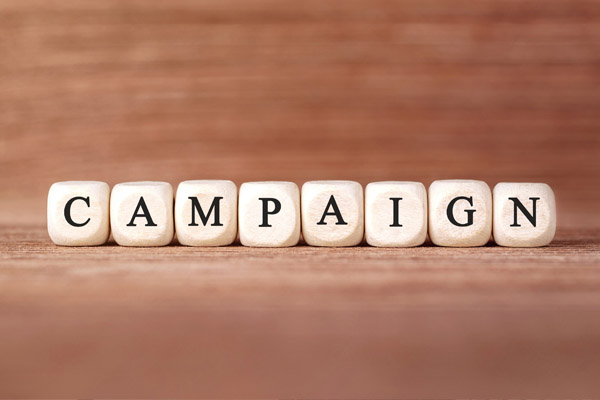 Earlier this year, we focused one of our blogs on election season and what it can do to the Facebook ad market. But it’s such a big deal that we’re circling back with more information!

2020 hasn’t been normal in any sense of the word. For ad purposes, it’s about to get even more chaotic as election season merges with holiday campaigns.

What can your business or franchise do to prepare? We’re here to let you in on a few secrets—read on to learn more.

Election ads usually start right after Labor Day and pick up heaviest around the middle of September. (And if you’ve been on Facebook lately, you know this is true!)

While presidential ads tend to be the highest spenders and will most heavily affect “swing states,” there are several congressional races that will see large budgets as well.

What does that mean for small businesses—and even big business franchises with many locations? Let’s first talk about how campaign ads work.

In the traditional type of political advertising, advertisers create several hundred ad variations to target the states and voters they are pursuing. In these variations, they are testing imagery, video, and content across geographical areas and changing the messaging based on what is important to various areas of the states.

This is a very predictable model and is why you can look at a traditional swing state map and understand where the focus areas are. These ads are focused on influencing the people in states that could push Michigan or Ohio, for example, to vote for a specific party—and they target them simply based on the area and use the information they have about the area to craft that message.

This leads to ads about auto workers going to people in Detroit and ads about U.S.-made steel going to people in Pittsburgh. While this can seem like a smart strategy, social media advertising is evolving away from it. That’s because Facebook knows more about what people do and care about than any demographic study can provide because they are tracking everything we are doing.

In a newer model of political advertising, campaigns run hundreds of thousands of hyper-targeted ads to small groups of people based on interests, geography, or other categories using Facebook’s targeting data.

This strategy is built around people’s online actions. If you buy a firearm or like a page such as “Winchester,” you are going to get an ad about how a specific candidate is protecting the 2nd amendment. Using that same type of strategy, ads about how a specific candidate would ensure healthcare access would be targeted to you if you look into health insurance options or as a page about equitable health care.

No matter what side of the aisle you are on, you would receive messaging about the positive things a certain political candidate or party believes they have done that would most matter to you.

“This allows those campaigns to take advantage of the Facebook algorithm because they know their ads will elicit a response in most instances, either positive or negative,” says Mike McDowell, Director of Operations for Social Joey. “And once you engage with that content, Facebook will now send it to more and more and more people via the ad placements as well as all of your friends because you engaged with the ad.”

What This Information Means to You

OK, now you know how election ads work, but why should you care?

Well, with hundreds of thousands of ad variations combined with huge ad budgets, significant engagement, and a micro-targeting strategy, the chances of you not competing with at least one campaign ad is extremely unlikely.

Competing against a campaign ad, especially against a presidential campaign ad, would be like trying to run uphill while wearing a vest made out of bricks.

As far as budgets go, it was estimated that $1.3 billion will be spent on political ads during this election season before campaign rallies were canceled, and Facebook was slated to receive around 60%, $780 million, of the total digital, spend this cycle. For perspective, Facebook typically brings in about $4 billion per month in ad revenue and about 48% of that comes from the United States.

That means during this political push, you will see somewhere between a 25–50% increase in total ad spend depending on how the funds are distributed during September and October. With the campaign rallies canceled, you can expect that number to significantly increase on both sides of the aisle. Right now most sources are estimating close to a 10x increase in ad delivery cost from Labor Day to Election Day.

What About Holiday Ads?

This year, we expect that to be slightly delayed to wait until the end of the election. While three days may not seem like that big of a deal, when you are talking about the billions of dollars that get pumped into Facebook over November, three days creates a 10% increase in the daily budgets of Target, Wal-Mart, Best Buy, Apple, Amazon, Google, Samsung and others for their big Black Friday and Cyber Monday push.

With many stores already announcing limited store capacities and Thanksgiving Day store closures due to COVID-19, it is expected that many people will shift to online shopping this year, pushing Facebook and Instagram ads even higher on the priority list for these companies.

“In a traditional season, ad costs nearly double in November and December, so even if there is no increase due to COVID-19, we know to expect that,” McDowell says. “With COVID-19 in the mix, I would assume it would be even higher.”

Your Best Advertising Moves for Q4

That brings us to a logical question: Is there any hope for your company’s advertising campaigns during this crazy time?

The answer is yes—with the right strategy. Businesses and franchises have a few clear options:

1. Spend, but be realistic about costs. If your budget is tight and you need to advertise to the general public, spend the same amount, but know that you are going to see your CPC (cost per click) and CPM (cost per thousand impressions) go up. It is simply unavoidable at some level.

3. Spend strategically. Rather than running always-on campaigns, adjust your ads to push your full budget in shorter time slots or more specific geographic locations. For instance, if you are a restaurant, only run ads around lunch and dinner time. If you can narrow your audience down to a location like a business park or specific neighborhoods, consider running your ads in smaller geographic areas during times they will be there. For instance, at lunch, you could target a business park close to your store—and at dinner, you could target specific neighborhoods around your area. Your budget will go much further because of how narrow your ad focus is and you can overcome some of these challenges.

4. Spend less and save your budget. If Q4 is not as important to you, consider spending less and stockpiling your budget for a time where you need it. For example, if you run a gym, hold back your budget until Dec. 26, then up your budget with the held funds to target all the “New Year’s Resolution” people who are signing up for new memberships.

Does all this talk about advertising in Q4 give you a headache? Let us take that off your plate! Contact us today to let our team of experts take over.